It’s recital season and that means memory time for most students!  My students memorize their recital pieces, unless they are playing a duet with me.  But sometimes they need a little bit of help solidifying their memory and getting the pieces totally recital ready!

Last week I helped a little student create a “memory map” for his piece.  He is playing “Legend of the Cherokee” by Christopher Goldston, found in book 1 of Fantastic Fingers. The piece was mostly memorized, but sometimes he got lost. I decided reviewing the structure of the piece would be helpful.  So we divided the piece into small sections.  Then looked at which ones were exactly the same, which were similar, and which were totally different.  Since this was a pretty short piece, each “section” was only two measures long.

Then I let him pick a shape for the sections. So obviously we started with an orange quadrilateral, haha!  Next was a red octagon, followed by another orange quadrilateral (an exact repeat of the first phrase) and then a blue cube.  I was thinking more like square, circle, triangle when I said choose a shape, but I guess he had bigger ideas! 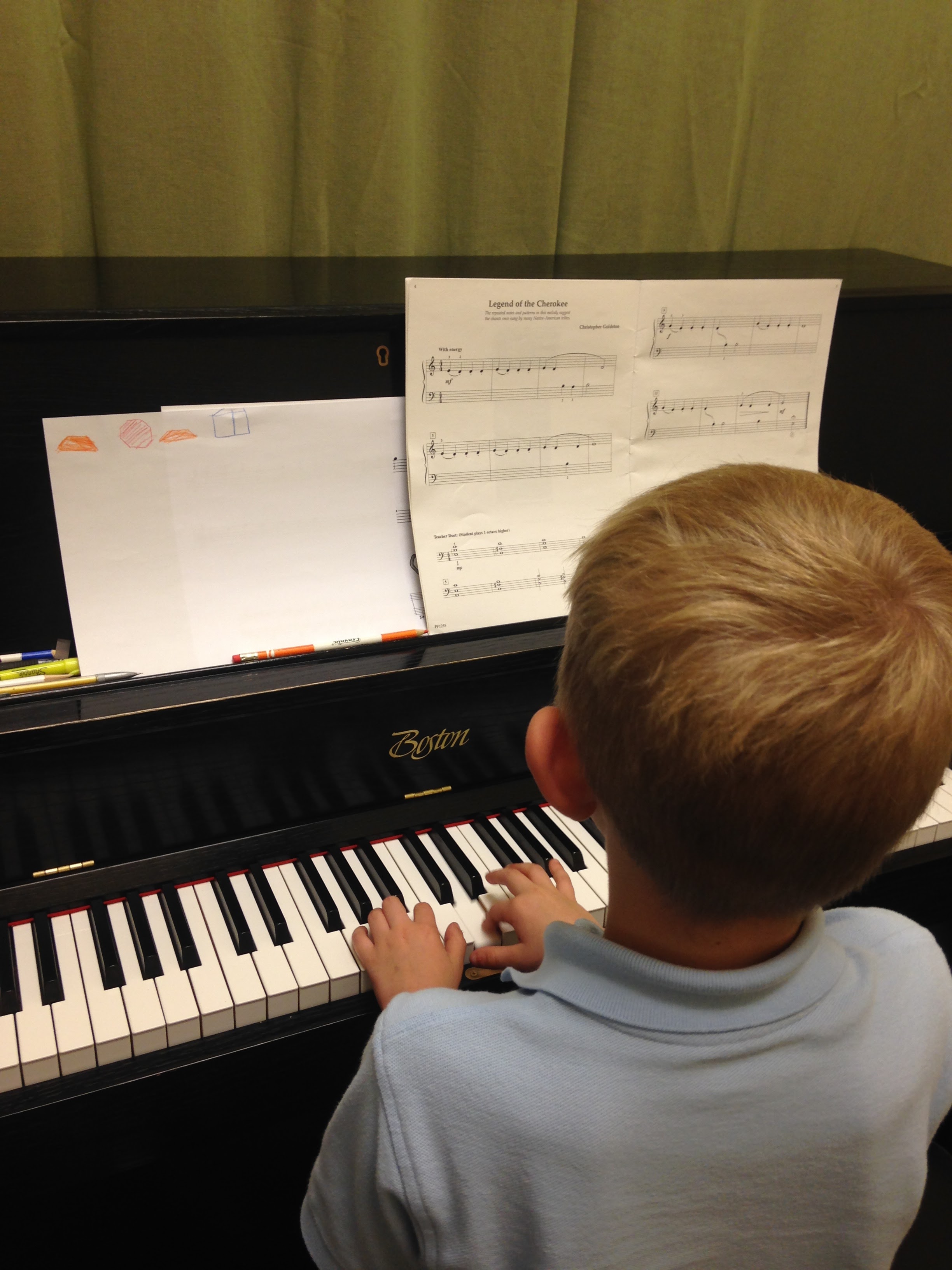 I let him take ownership of the process by choosing shapes and colors, and drawing some himself. 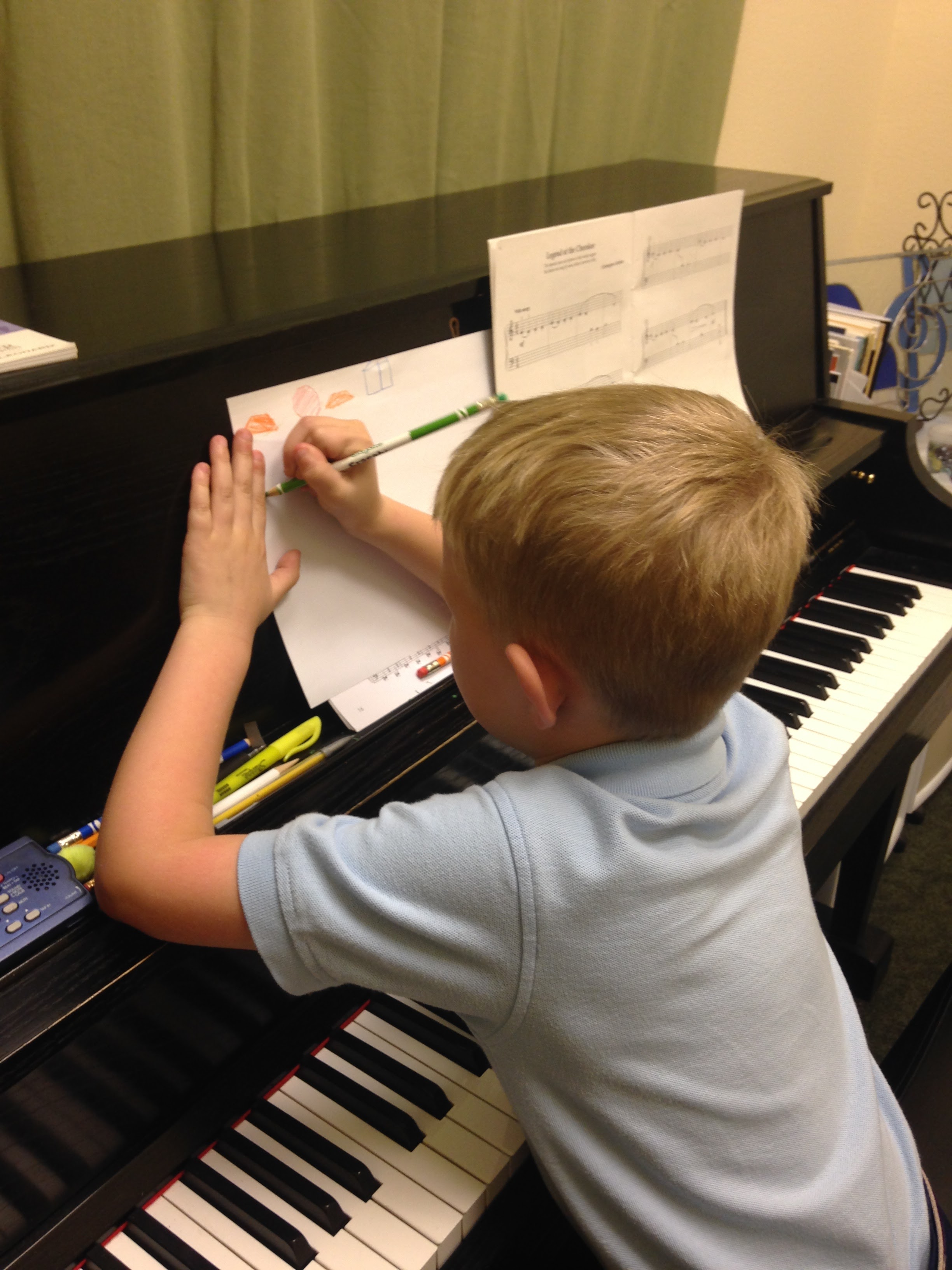 And here’s the completed map! 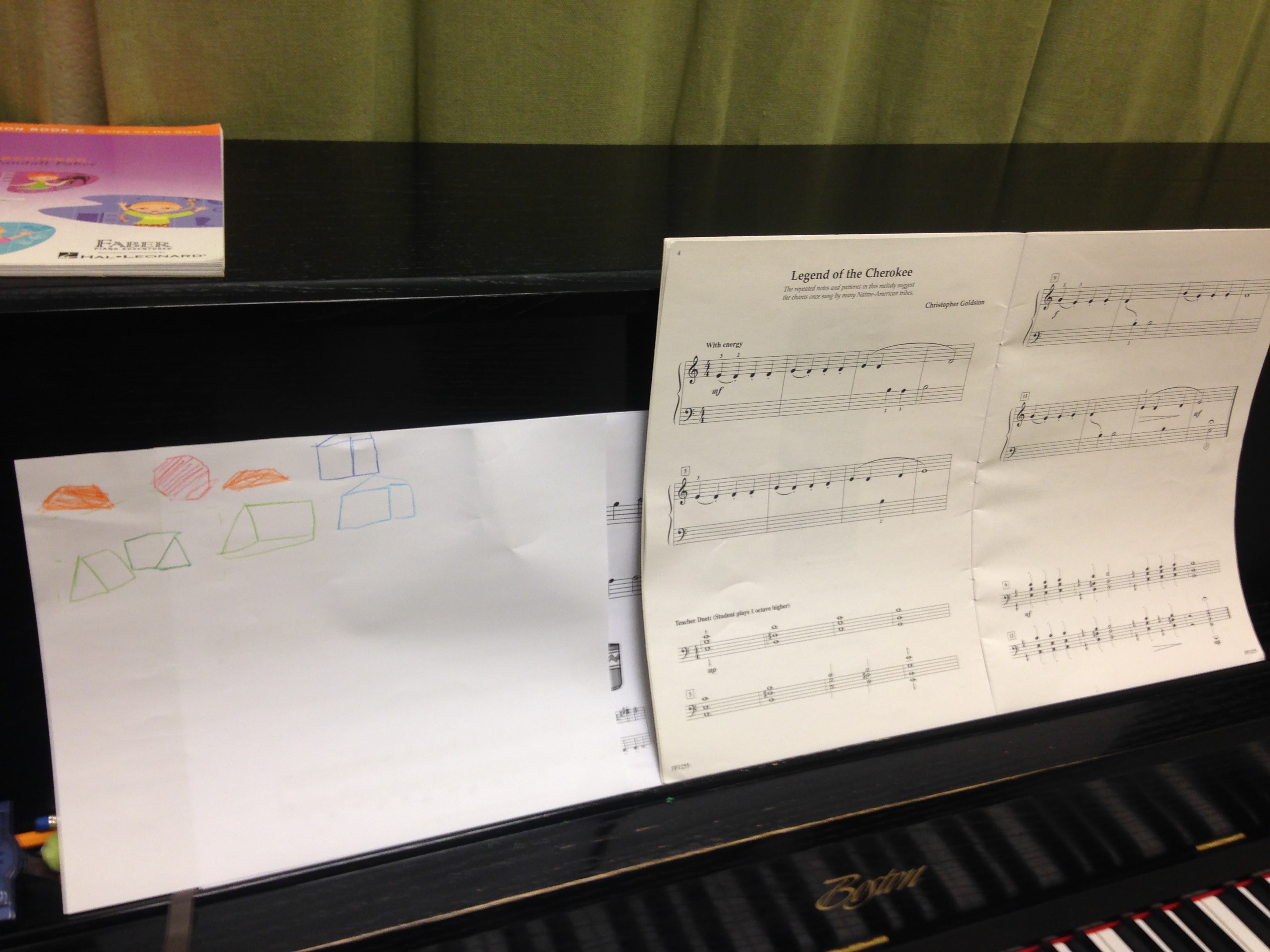 There are two blue cubes, but one is dark blue and one is light blue, indicating these sections are mostly the same, but slightly different.  There are also light green prisms and a dark green prism, again similar sections but not identical.  Having a name for each section (ex. the orange quadrilateral section) and a better idea of the structure of the piece should help to get his memory super solid for the recital!  Try making a music memory map with any student trying to memorize a piece, I’d love to hear how it goes!